- msfvenom converts Metasploit payloads into executable or binary files. In this case, the
windows/meterpreter/bind_tcp payload is converted into a Microsoft executable file (.exe) with these options:

- The command file checks that bind_tcp.exe is of PE32 type. PE (Portable Executable) is a file format for executables, object code, DLLs, Font files, and others used in 32 and 64 bits versions of Windows operating systems.

- From the Kali attacker side, a SimpleHTTPServer is run, accepting connections on port 8000:

- The victim Windows 7 connects to the attacker's web server and downloads bind_tcp.exe: 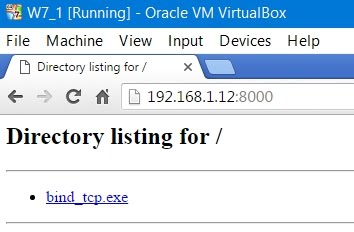 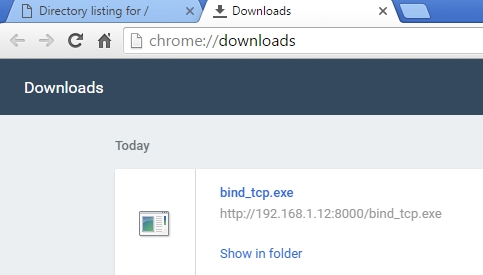 - The client or victim Windows 7 has downloaded bind_tcp.exe, a backdoor that in case of being executed will trigger an undesired Internet connection between attacker and victim.

- Then, the attacker sets up a handler exploit with the payload meterpreter, waiting until the victim runs the executable. The RHOST is the IP 192.168.1.14, corresponding to the victim:

- On the client side, the victim executes bind_tcp.exe: 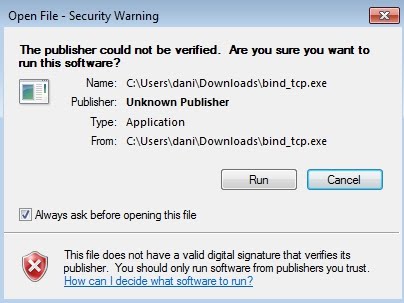 - As a consequence, on the attacker side a meterpreter session is automatically created by the handler:

- Running netstat on both Windows 7 and Kali shows how a connection has been established between the victim and the attacker:

- However, the bind_tcp.exe executable would be stopped in case of presence of firewall. Let's see what happens if Windows Firewall is "on": 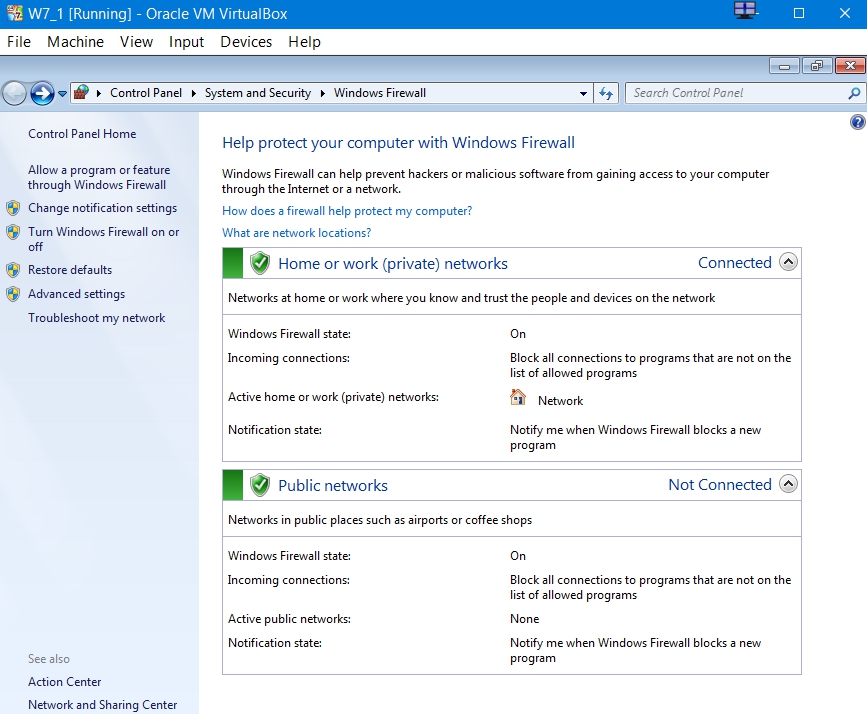 - If the victim runs bind_tcp.exe Windows Firewall immediately detects and blocks its execution: 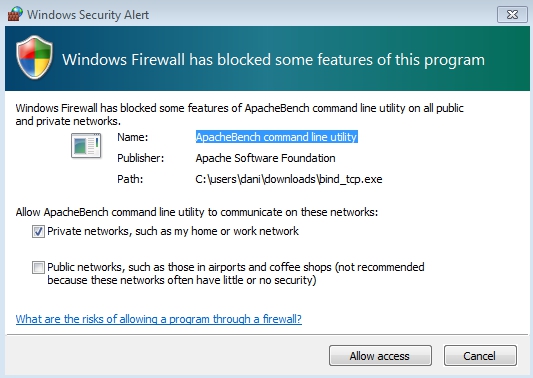 - Only if the victim clicked Allow access option (which would be unwise) , the executable would be run.

Posted by Whitelist at 9:50 AM