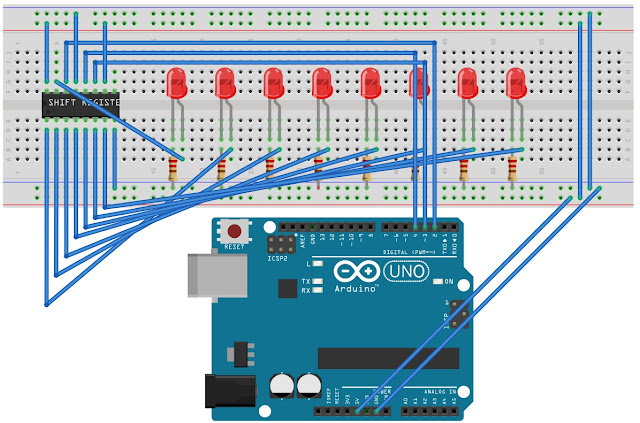 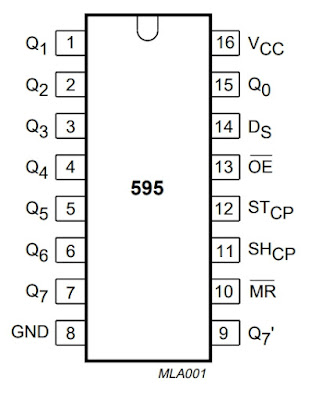 - In this exercise two examples are explained using a Shift Register chip connected with an Arduino board.

2- Stepping up and down 8 red LEDs

- The goal of this fist exercise is to design a lighting sequence of 8 red LEDs from first to last and in reverse order. 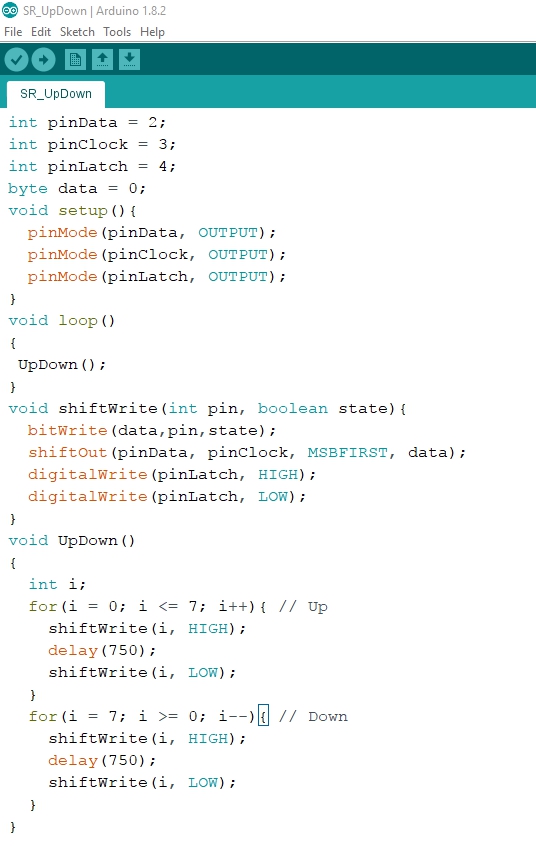 - A global variable is used to send data to the SR:

- The loop includes the function UpDown():

- The Serial Peripheral Interface (SPI) has a clock line that controls the speed of the data transfer. shiftIn() and shiftOut() are commands used to access parts that use the SPI interface.

- shiftOut() shifts out a byte of data one bit at a time, starting from either the most (in this case, MSBFIRST) or least significant bit. Each bit is written in turn to a data pin, after which a clock pin is pulsed (HIGH and LOW) to indicate that the bit is available.

- The shiftWrite() function that allows to put the SR outputs into HIGH or LOW state is composed of this subfunctions:

- The function UpDown() defines how the 8 red LEDs are lighted one after the other in two consecutive sequences (up and down), using the shiftWrite function for each LED (from 0 to 7) and a delay of 750 milliseconds: 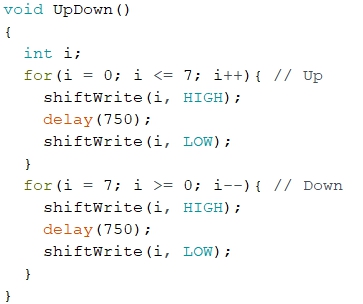 - Testing the circuit and the code, the sequence of 8 LEDs light consecutively stepping up and down:

- The goal of this exercise is to display the 0 to 255 binary bit patterns using the 8 red LEDs. 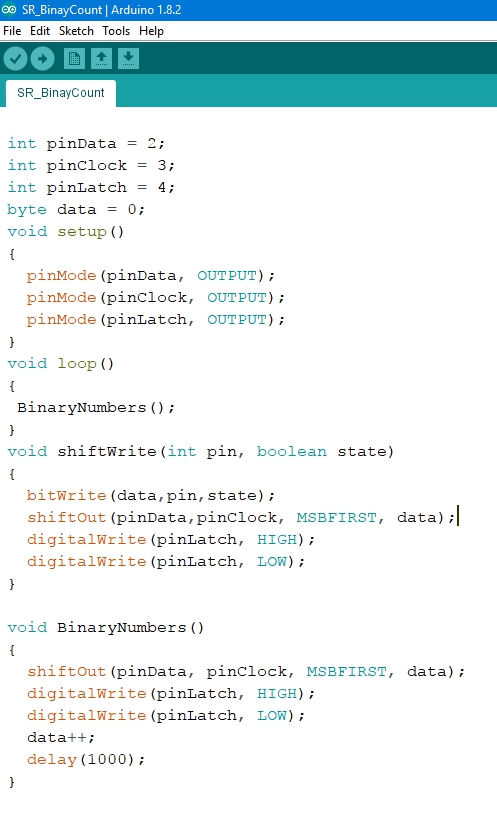 - The first part is identical to the previous exercise, so we will go directly to the section related with the function BinaryNumbers().

- BinaryNumbers() function is called into the loop():

- The function BynaryNumbers() increases every 1 second the value of the data, and writes out (shifts out, better said) that data to the 8 red LEDs:

- Testing the circuit and the code, the 8 red LEDs show the numbers from 0 to 255 in a binary representation :